4 Facts You Should Know About Cape Hatteras Lighthouse

The Cape Hatteras Light is a lighthouse located on Hatteras Island in the Outer Banks in the town of Buxton, North Carolina, and is part of the Cape Hatteras National Seashore.
The Hatteras area is home to Atlantic currents that make for excellent ship travel routes. These conditions are ideal as a result of the positioning of the Outer Banks barrier islands on the North Carolina coast that separates the Atlantic Ocean from the coastal sounds and inlets. One caveat to these waterways is an area known as the Diamond Shoals. The Diamond Shoals are a cluster of shifting, underwater sandbars. Hidden beneath the waves with constantly fluctuating formation and depth, the Diamond Shoals were granted the nickname "Graveyard of the Atlantic" as a result of the approximate 600 shipwrecks they have caused along Hatteras Island and the shores of the Outer Banks.

As if the Diamond Shoals weren't dangerous enough, it was difficult for sailors to distinguish where the Atlantic waters ended and the shoreline began due to the barrier islands being low-lying and sparsely inhabited.

Coastal trade along the Eastern Seaboard boomed in the late 1700s and early 1800s. Accompanying this commerce trend came a new deadly number of shipwrecks along the Cape Hatteras region. On July 10, 1794, after the Secretary of Treasury Alexander Hamilton almost crashed and sunk his ship on his way to The New World, Congress appropriated $44,000 to build the Cape Hatteras Lighthouse to be constructed in 1802 and duly nicknamed it "Hamilton's Light".

The original light within the lighthouse consisted of 18 lamps with 14-inch reflectors and was 122 feet above sea level. It was visible in clear weather for a distance of 18 miles. About 40 years later, the reflectors were changed from 14 to 15 inches to increase the light. In 1854 seeking even more light, the old reflecting apparatus was replaced with a first-order Fresnel lens with flashing white light and the tower was raised 150 feet.

In 1860 the Lighthouse Board announced that Cape Hatteras Lighthouse required protection, due to the outbreak of the Civil War. In 1862 the Board reported "Cape Hatteras, Fresnel lens and lantern destroyed, light reexhibited."

As a request from mariners and U.S. Navy officers, Congress gave $80,000 to the United States Lighthouse Board to construct a new lighthouse at Cape Hatteras in 1868. This new tower was the tallest brick lighthouse tower in the world. It was 200 feet above the ground and the focal height of the light was 208 feet above the water.

Ever since the completion of the new tower in 1870, there had been a very gradual encroachment of the Atlantic upon the shoreline. This was not a serious threat until 1919 when the high water line had risen to about 120 feet from the base of the tower. By 1935, the surf had finally reached the base and despite the dikes and breakwaters created, the lighthouse had to be replaced. In 1935, therefore, the tower light was replaced by an Aerobeacon atop a four-legged steel skeleton tower, placed further back from the ocean on a sand dune 166 feet above the sea, visible for 19 miles. The abandoned brick tower was then put in the custody of the National Park Service. In 1942, the Civilian Conservation Corps and Works Progress Administration erected a series of wooden revetments which checked the wash that was carrying away the beach. As a result, the accretion of sand on the beach allowed the Coast Guard to resume control over the brick tower and manned it as a lookout station until 1945. The lighthouse was placed back in commission on January 23, 1950.

In 1999, the Atlantic began encroaching the Cape Hatteras Lighthouse once again and had to be moved to safer ground. The move was a total distance of 2,900 feet to the southwest, placing the lighthouse 1,500 feet from the current shoreline. The support buildings at the site were also moved at the same time. All the support buildings were placed back in positions that maintained their original compass orientations and distance/height relationship to the lighthouse. 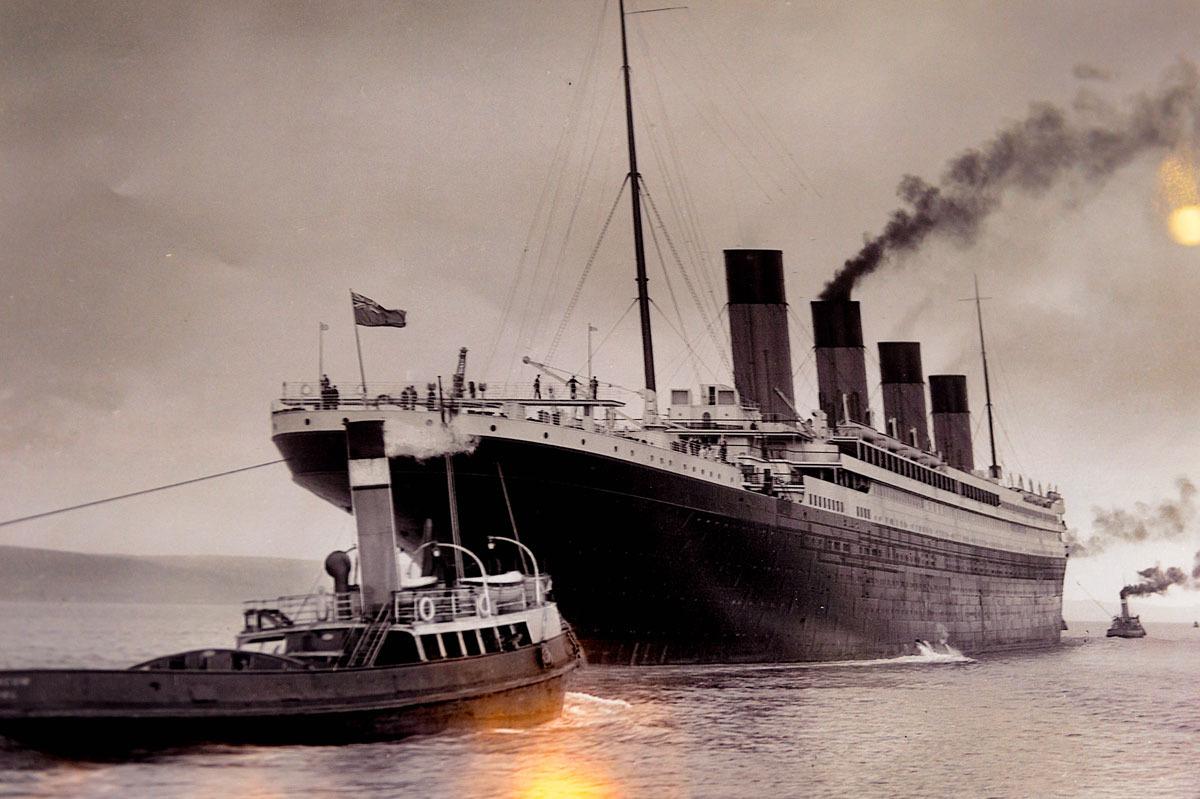 FACT 1: The Cape Hatteras Lighthouse has a dark tie to the sinking of the Titanic.
One late night back on April 14, 1912, Richard Dailey and Horace Gaskins were the lighthouse's station operators. That night they received a telegram message from the Titanic stating "CQD: Have Struck Iceberg" at 11:25 p.m. They then forwarded the urgent message to the New York Station (their headquarters) only for it to be taken as some kind of joke. Twenty-one-year-old David Sarnoff was the receiver in New York that night, who like others, believed the Titanic was unsinkable. He assumed the men were troublemakers and asked them not to send any more messages. Following their previous orders, after the men received a second telegram from a ship 67 miles from the Titanic, they did not forward it. The telegram sent to Hatteras is thought to be the earliest knowledge of this tragedy. 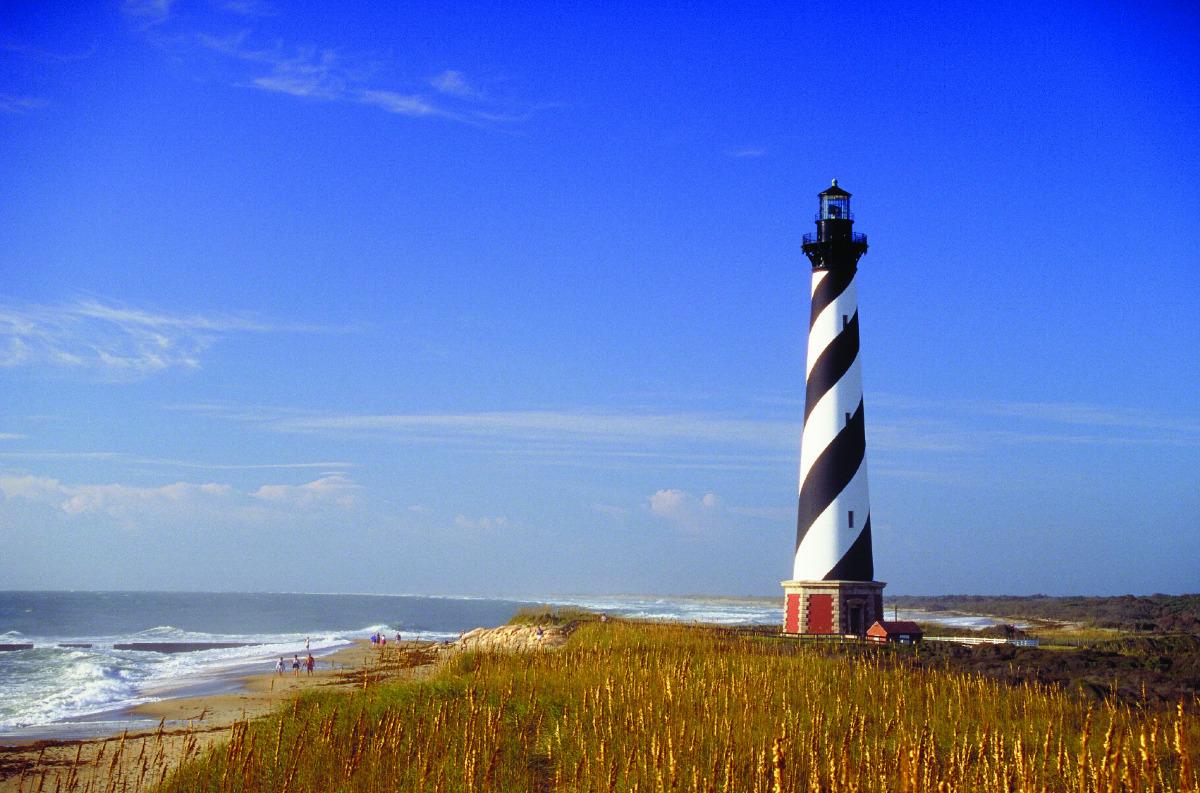 FACT 2: It only took 23 days to move the lighthouse.
In 1999, the Cape Hatteras Lighthouse was moved 2,900 feet in 23 days. The incredible group of movers, Expert House Movers, as well as the International Chimney Corp. of Buffalo, New York was rewarded with the Opal Award from the American Society of Civil Engineers for the completion of The Cape Hatteras Light House Station Relocation Project also known as "The Move of the Millennium". 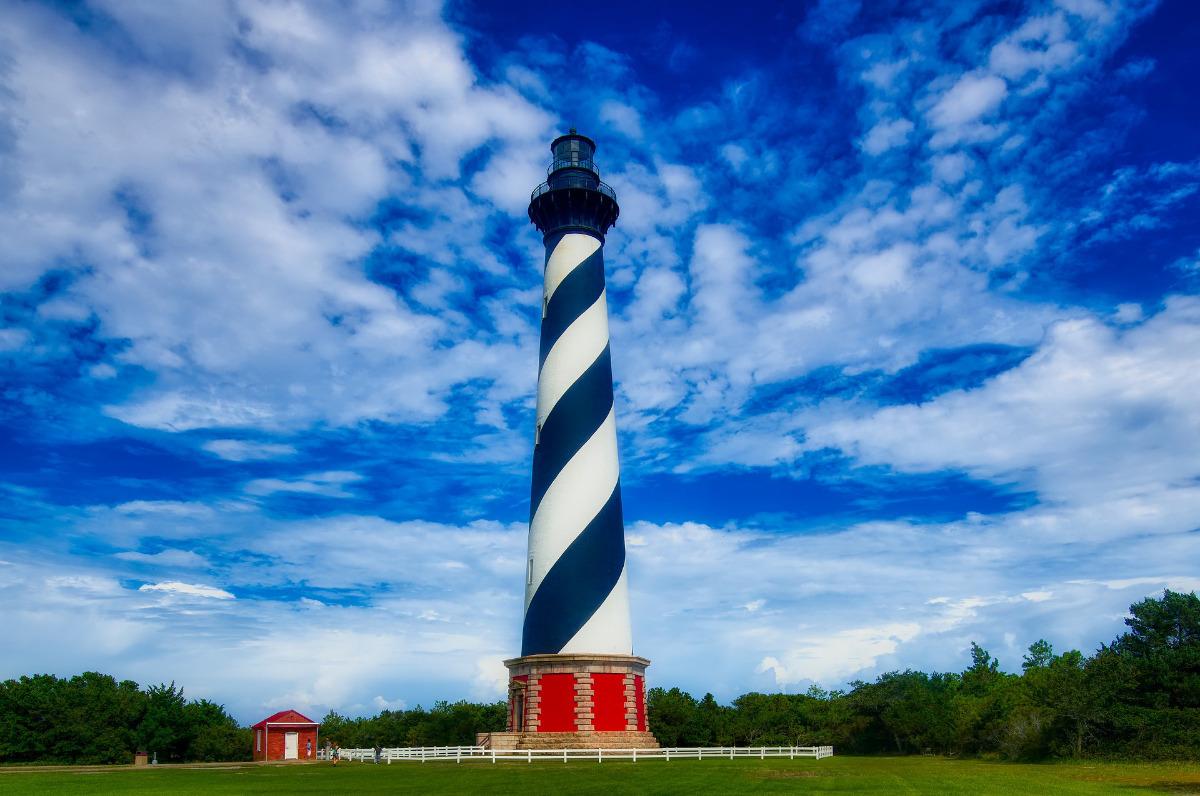 FACT 3: The Cape Hatteras Lighthouse is the tallest lighthouse in the United States.
The tower stands at 198.49 feet (from ground to lightning rod), according to the National Park Service. 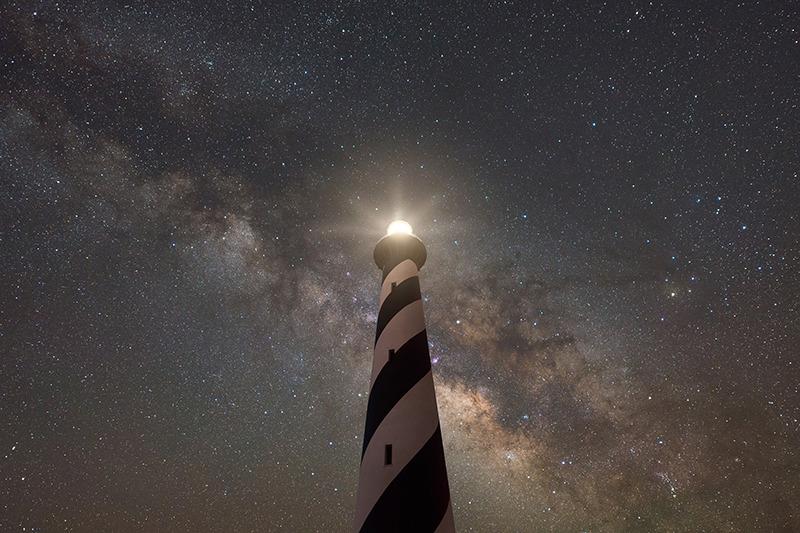 FACT 4: The Cape Hatteras Lighthouse received the famous black and white stripe daymark pattern in 1873.
The Lighthouse Board assigned each lighthouse a distinctive paint pattern (daymark) and light sequence (nightmark) to allow mariners to recognize it from all others during the day and night as they sailed along the coast.

CAN'T MAKE IT IN PERSON?

Visit KEES Attractions to see more lighthouses and The Graveyard of the Atlantic Museum located on Hatteras Island.

Find your next Hatteras Island vacation rental or hotel today. Looking for something outside of Hatteras? Browse surrounding towns such as Rodanthe.

BACK TO BLOG   FIND YOUR RENTAL

We have booked our Outer Banks vacations with KEES the last two years and they have been nothing but the best in our experience. The staff is kind and helpful (the cleaning staff even came out to our cars to give us a warm welcome as they were leaving since we had arrived a few minutes before check-in), the houses are clean and have great amenities, and the flexible stay option makes it easy for us to book a stay that fits our schedule. I would definitely recommend them for your OBX vacation rental needs!

Get our latest offers!

All information on this site is deemed accurate but not guaranteed.